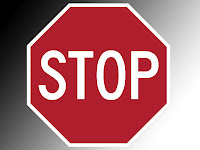 Someone objects to “Radical Grace” because it sounds too much like “Gnarly Grace”. So in response, we get Gnarly with Christian living by telling you how to just stop sinning because that will apparently make everyone feel better and whatever… So stop sinning! Stop it! Just stop! That’s how you stop. Now, when you have found that even that simple advice doesn’t work, Let’s talk again about why God’s grace is so important, not as a power source, but rather as God’s divine mercy towards you. That grace never stops.