Thinking with the Mind of Christ, Part 1 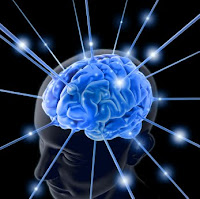 In this edition of Radical Grace Radio, we begin the topic of the year, thinking with the mind of Christ, by first setting up some ground rules. Number 1: Remember you’re law and gospel distinction. Number 2: Remember that Jesus isn’t just a cardboard cutout that people bend and mangle to make him fit their image of him. He’s a real person, both man and God. He has a mind, just like you do, and he thinks with that mind and brain using synapses and neural pathways just like you do.

Thinking with the mind of Christ part 1 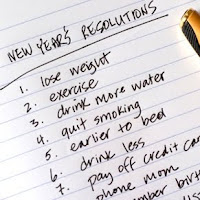 It’s a new year at Radical Grace Radio. A lot of things have happened over the last few years, not the least of which is discovering what the Christian Landscape looks like. But perhaps more important is what we discovered about ourselves.

What we discovered was a couple of things in particular. One is that doing Radio and Podcasting is not as easy as it sounds. The other is that we discovered how we react to the situation. We found that we have sort of strength that comes out between us that we didn’t realize was there. We both attribute this work of God, and the next question is this: If God has worked this in the way that he has for everyone’s benefit… Where is he taking us?

That is what this episode of Radical Grace Radio is all about.

Treasure hidden in a field

Eh, I’m not going to make you look that hard…

Treasure hidden in a field.

How to improve your Christian Hate Life.

Hate. We’ve heard this before. For all the talk that Christians make concerning holiness and self help, it appears that even after 2000 years the church still hasn’t come to terms with this most perplexing problem. To this day, because the majority of Christians do not properly distinguish law and gospel, people are calling all the time at each other blindly to repent of this or that or there can be no unity… But with the Gospel, there is unity in Faith, in Baptism, in one Lord… How do we know this is too often driven by hate?

I present for your consideration, Westboro Baptist Church. Fred Phelps and his little congregation sound just like a lot of churches and church leaders. But ever since someone set of an IED (Improvised Explosive Device) outside his church, Fred Phelps has made it his single obsession to let the world know that his god would not let this aggregious act go unpunished. In fact, if you didn’t already know, they don’t randomly pick which funerals they want to picket, no. They always picket the funerals of soldiers who died from being killed by and IED. Now, I want you to imagine for a second. For all his theological bloviating, Fred Phelps’ problem winds up being tit for tat. You tried to blow up my church, my god will blow you up.

Really? Is that what the Christian message is? You attack him, God will attack you back?

How to improve your Christian Hate Life

Bedknobs and Broomsticks and Bibles, Oh My! 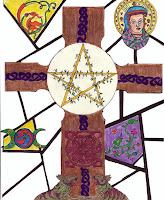 We should fear and love God that we may not curse, swear, use witchcraft, lie, or deceive by His name, but call upon it in every trouble, pray, praise, and give thanks.

Now, think about this for a second. How many ways are there to “Use Witchcraft” in God’s name? What if the “witchcraft” is cleverly cloaked in evangelical rituals like word/faith prayers that call upon power to manifest changes in reality? What if it were people cursing each other by misusing Jesus’ teaching on “cursing the fig tree” in Matthew 21:18? How about swearing by God’s name while telling a lie? How about when people try to buy power with their tithes? How about when people call upon “Prophets” of our age to divine the future for us like King Saul did with the witch of Endor in 1st Samuel 28? These seem crass, but they are happening in Churches all around Florida and the Space Coast.

God’s will for my life: Today, I’m sick.

That’s how it goes. We all were coming down with something. Pastor Greg said he was getting over a cold. Pastor Gary had one already. I was coming down with one. But wait just a second. This isn’t supposed to happen to a Christian, is it?

Well, in this edition of Radical Grace Radio, we had no choice but to talk about finding God’s will for your life, since literally billions of dollars have been spent on self helps books and seminars, prayer beads and trips to faraway places. It seems like people everywhere are seeking God’s will for their lives.

Well, there’s a couple of things that come to mind here. One, is this: If you’re a believer in Christ, and you’re in him, how much in God’s will can you be? Think about this. Joel Osteen’s Your Best Life Now had sold over 2.5 million copies as of May 23rd, 2005. It’s 2010 now, and he’s written another book, Become a Better You, which sold out it’s first printing of 4 million copies in 2007… That’s a lot of money spent on self help, just on these two books alone.

I know how Christians are thinking. They worry, day by day, that they are NOT making the cut. It’s no wonder, since the world trains us to think this way. You have to work, and you have to do well at what your vocation is if you want to keep working. That’s how the world works, and that’s how we’re trained to think. So of course we think this way with regards to God and all He does.

But Here I’m not going to take the usual take on this *. I’m going to, instead, suggest that what’s going on here is unbelief. See, for the average believer (like all of us), we look around and it’s very hard to see what God is doing in our everyday lives. With eyes of faith we believe that God is doing things in our lives, but it’s very difficult to stay in that sort of mindset. So, we either make the move to help God along by learning to be more cooperative with Him, or we secretly harbor the notion that God isn’t as interested in what’s going on in our lives as we’d like.

Take Abraham, for instance. He had the sure promise that he was going to have a son as his heir. God said it would happen, but Abraham (then Abram) eventually agreed to sleep with his maidservant, Hagar. Now, I’m not suggesting that Abraham became an unbeliever, because St. Paul tells us that Abraham didn’t waver in his belief in the Promise… Yet, he did still sleep with Hagar, didn’t he?

I think this shows just how desperate we fallen sinners really are. Even when we can remain in faith, we have a severe problem with remaining faithful. Paul tells us that Abraham didn’t waver in his faith, yet he did fail to remain faithful.

Just goes to show you. We’re such smart alecks, and so smug. But what do we do, nearly every day? We sell God’s grace at a deep discount. We have to learn to unlearn this way of thinking quickly. God is always involved in our lives.

“I am with you always even till the end of the age”.

God’s will for my Life: Today I’m sick 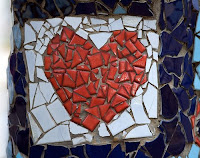 In this edition of Radical Grace Radio, we talk about how the Spiritual Gifts are misapplied in such a way that Christians wind up broken and sorrowful.

There was a woman at my old church, which was a Pentacostal Church, who was scheduled to recieve her “annointing” one night after many weeks of being taught about fruits of the spirit. All the people who attended classes came up front to be prayed over and begin speaking in tongues… but when it came to be her turn, she didn’t start speaking in tongues. She was inconsolable. She thought that since she didn’t speak in tongues that God had rejected her! After all, if she learns what she needs to do, and does them faithfully, but she doesn’t get the annointing to speak in tongues, what could that possibly mean?

That’s why we do this program. We have no choice but to offer a corrective for stuff like this. People’s souls are riding on it.

Who are we in Christ?

Our identity in Christ… That sounds like it’s the most important thing we could learn about ourselves, but we’re all carrying around too much baggage to get it, unless we learn something really simple: Power does not necessarily equal Good.

Second thing is this: The world religions are lying to you. They have no power they can give you. Nothing. Only in Christ are you identified with power, and that power is Christ alone. 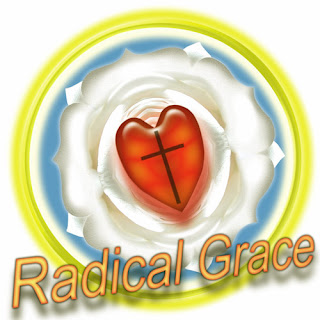 A Reckless Confidence in Christ, Part 2

By the Power of Greyskull!

In this edition of Radical Grace Radio, we first answer the error that says that Jesus is not God with Colosians 2:9, “for all the fullness of the Diety dwells in him in bodily form”… Hmm… Sounds like God to me.

But we have to pick up on this idea that we can have a “reckless confidence in Christ”… Listen as Tyrel Bramwell of Reformation Underground calls in to join the discussion.

To listen to the show you can click on the play button or right click on “get mp3” and choose “save target as” to save to your computer.

A Reckless Confidence in Christ, Part 2

I guess it depends on who you are. Really. I mean, if you’re the kind of person who likes to see debate shut out, and narrow margin adoption of resolutions, and people tearing their hair out, then I guess this Convention is for you.

See, during the convention, we have a standing rule that states that, when there is a “con” statement made during a debate, then it MUST be followed by a “Pro” statement. So the chair gets to spend several minutes skipping over people who are waiting to speak their minds to a specific resolution in search of a pro or con statement, till a time limit is up where the chair gets to call the question on the resolution. Then the chair asks a bunch of disgruntled people (namely us delegates) to decided to end the debate and vote, which everyone does for whatever reason… then the resolution passes by a narrow margin (somewhere in the range of 51 percent to 49 percent)…

But tomorrow is the synodical presidential election. Perhaps this will be the bright spot.

This delegate, however, is beginning to realize we’ve been talking to the wrong group. We thought that Evangelicals needed help finding the way forward… it turns out it’s our own synod that needs help in knowing which way is forward.