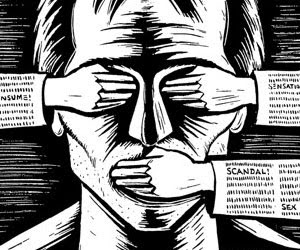 In this Edition of RGR, we rant about the Tullian Tchividjian, Covenant Life Church, Boz, Sanctification, and why everyone has it all wrong again…  Live and Uncensored, it’s Radical Grace Radio!!!

The Gospel: A Weed that Keeps Growing Back

Dobson goes after the Obamainator, The Shack is becoming a movie, A Chinese Church comes tumbling down, and Christian girls are still missing in Nigeria.

Also, why is that when it comes to personal responsibility, even we Christians will want to maintain the Status Quo rather than take on institutionalized sin?  All this and more on RGR.

Rep. Janice Hahn (D-Calif.) walked out of the National Day of Prayer event at the U.S. Capitol

Bishop refuses to allow Georgians to bring Guns to Church

Girls still missing in Nigeria, Boka Haram intends to sell them as slaves

John MacArthur and his Own Brand of “Strange Fire”.

Everyone who has followed Radical Grace Radio for a long time knows what this Radio host thinks about John MacArthur and his “gospel”.  As many of you know I am a Lutheran, LCMS, converted from Evangelicalism by the Gospel of Jesus Christ.  Because I spent many, many years lost in that Evangelical Wasteland hearing many false Gospels, when I finally found the so called Wittenberg Trail it was a relief.  In fact, it was a bomb shell.  To find out that Jesus Christ is not either a new Moses bringing new laws, or a helper who will instruct me in living a holy life, was explosive.  To find out that Jesus, our Prophet, Priest and King, is truly a savior whose death, shed blood, rest in the tomb and resurrection saves me AND his church changed everything.  The Gospel of the incarnation, of propitiation of sin, of Justification by faith alone, of the imputation of Christ’s righteousness to me as if I myself were every bit as righteous as he is, is absolutely glorious.

But then, when I started to look back at the myriad of teachers and preachers, and fully realized how utterly devoid of good news many of these teachers and churches are, I was dumbfounded.  How could any of these churches, preachers and teachers talk so much about us, about our works, our sanctification and leave out the radiant truth and beauty of the Gospel was beyond comprehension and still is.

But this past week, John MacArthur (to be referred to as Johnny Mac hence forth) hosted the “Strange Fire” conference, both to launch his new book and supposedly to start a conversation about Pentecostal belief and practice working it’s way into mainstream Christianity.  There’s been a lot of give and take this week about this subject, and some people have asked me what my thoughts are on the subject one way or another.

People who know me know this:  When the Gospel is at stake, I become a Raging Heart.

First of all, the premise of “Strange fire” is one that starts out focusing in the wrong direction.  I want to shut this down, right now.  I don’t want to debate speaking in tongues, cessationism, spiritual gifts, or any of that sort of thing when the Gospel is at stake.  This is not aimed at Pentecostals, however.  No, it’s aimed at Johnny Mac and his cohorts.  Why?  Because all of the discussion they may have about Pentecostalism is meaningless.  I can give anyone a list of practices and command them to do them and they can do them easily enough.  They can learn to speak in tongues, learn to cast out demons and speak words of positive power and still believe absolutely nothing about Jesus and his saving work on the cross for all people.  Johnny Mac should know this.  So should his cohorts.

So in this Radio Host’s opinion, this conversation is a non starter.

What disturbs me is that Johnny Mac and his cohorts are criticizing the faith and practice of one group while glossing over their own glaring, heretical shortcomings.  Johnny Mac himself is a “Lordship Salvationist”.  In his view Jesus paid it all and now it’s your turn to pay.  It’s not enough to have faith alone in his view, but you also have to make Jesus your Lord.  It’s not enough that he’s the savior of those who cannot save themselves.  Johnny Mac’s body of work testifies to this, over and over again.  His recorded sermons, audio books, articles, print books, all point to his belief.  What he preaches is what St. Paul calls “another gospel, which is no gospel at all”.

The concept of strange fire, as Pastor Gary explained in our discussion on the topic on Radical Grace Radio yesterday, is talked about in Leviticus 10 when Nadab and Abihu offered “unauthorized fire” before the Lord.  The fire they should have used was the fire that was kept burning from when fire came down from God and consumed the first sacrifice at the Tabernacle.  That fire came from God himself.  Any other fire is “strange”, or “unauthorized”.  A man made fire is unacceptable.  Period.  No one is to offer that kind of fire before the LORD.  In light of that context, how does this apply today?  The simple answer is that to add anything to the already complete and authorized work of God is blasphemy.

But Matthew, someone may ask, what about the Christian’s sanctification?  That’s a good question as long as you continue to understand that your sanctification and efforts to grow in Christ do not add to the finished work of Christ on the Cross.  That’s why your justification is predicated on Faith Alone.   What Christ has done, HE alone has done, and you cannot improve on it, at all.  Any “gospel” that adds to that work is no gospel.  A gospel of Jesus’ finished work plus your works to complete it IS strange fire.

I find it interesting that as this conference ended John Piper posted the following on his blog at Desiring God:

Either Jesus died to save his church or he didn’t. There isn’t a third option.

Either he gave himself up for his bride, as Ephesians 5:25 tells us, or he died to create the possibility of her salvation that depends upon the skills of human decision-making.

Are we dead in our sins, as Ephesians 2:1–3 says, or are we slightly impaired? Are we “far from the peaceful shore” or are we gone, sunken to the bottom of the ocean with no chance of resuscitation? Does God toss us a floatation device, or does he raise us from the dead?

He goes on to say:

The Bible is clear. The gospel is God’s work, God’s victory. “He does everything, first to last, that is involved in bringing man from death in sin to life in glory: he plans, achieves and communicates redemption, calls and keeps, justifies, sanctifies, glorifies” (Packer, Quest for Godliness, 130). And here is where we see his love — the kind that breaks through the sternest soul in sovereign power to save. The love of Jesus is sin-crushing, serpent-stomping, death-defying, people-purchasing love.

With all this in mind I therefore say, the discussion about “Faith and Practice” is irrelevant until all in the discussion come to agree on this, that Christ is the central figure, that it’s his work, his death and his body and blood that Justifies his Church, nude, apart from works.

Only then will we talk.

Seek the Lord while He may be found.

Episode 54: The solution to Cheap Grace

In this edition of Radical Grace we continue a discussion of Isaiah 55:6, and more importantly a discussion of the solution to an attitude of treating God’s Grace as if it were a common thing.

It also looks like we’re going to tackle the often hard subject of “where is God when I’m suffering”.

To listen to the show you can click on the play button, click on “Windows Media” to open in a new tab, or right click on “get mp3” and choose “save target as” to save to your computer.

What does it mean to be sanctified?

Episode 49: Faint Praise? How do I make it better?

Last night I had a dream, and in the dream I said a prayer. Now, I have to say, I can’t remember ever dreaming about praying, but leaving that aside for the time being, the prayer went like this.

This made me realize something. One of the things that has been going on in my life for a long time now is that I’m realizing, more and more, how much of my prayer and praise life just doesn’t measure up to what it should be. For instance, I could get 100 people to plan the most fantastic worship service, write the finest music, find the finest pastors to preach the most enlightening sermons and organize and practice the service for weeks on end… and in the end, it still wouldn’t be what it should be or even enough to achieve the type of praise and worship that God truly deserves.

I think, too often in our own lives, that we find ourselves in a similar situation. We feel as though we aren’t what we ought to be. We definitely don’t feel like we’re children of God, nor do we feel like we have attained any kind of sanctified life or any level of holiness. But what I’ve found is good to do is to ask this question: What does it mean to be sanctified?

In the last few week’s we’ve been setting the table, so to speak, by taking a few of the parables of Jesus and other difficult passages and interpreting them in the light of the Gospel. We’re not leaving that behind by no means, but since the question has been asked, what does it mean to be sanctified, we believe we are now in a good position to talk about one of the most daunting and most perplexing problems Christians face daily.

What does it mean to be sanctified?

To listen to the show you can click on the play button, click on “Windows Media” to open in a new tab, or right click on “get mp3” and choose “save target as” to save to your computer.